Not all reinforcing is equal 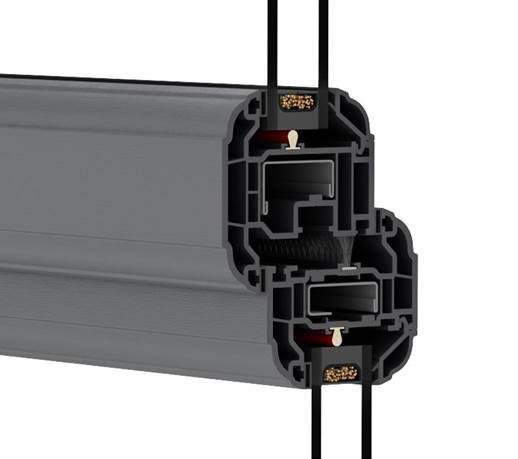 With fabricators looking at their margins and trying to reduce costs, Phil Parry, Business Development Director at Epwin Windows, sounds a note of warning when it comes to purchasing reinforcing from alternative suppliers. He says: “When you buy reinforcing from your systems company, you’re essentially buying the reassurance that it complies with a myriad of regulations. In other words, we’ve done the testing so you don’t have to.”

The issue with fabricators sourcing their reinforcing from elsewhere is that they will be deviating from the product specification Type Tested by the systems company. Phil said: ”The use of independently sourced reinforcing means all test results and data supplied by the systems company will be invalidated. As a result, re-assessment and re-testing may be necessary to comply with the relevant standards. This is a process that could cost tens of thousands of pounds for each system and each variant so isn’t a cost-effective solution.”

Such tests include BS6375 (Parts 1,2 & 3 – Performance of Windows & Doors) and PAS24 (Enhanced Security of Windows & Doors). It also includes BS7412 (Specification for Windows & Doors Made From PVC-U Hollow Profiles), which is the standard to which PVC-U fabricators are assessed to successfully achieve a Kitemark licence.

Phil explains: “Reinforcing plays such a major part in the performance of a window. A component which may on the face of it appear to have similar geometry and surface coating, could be vastly inferior. The difference in a few mm here and there could make a large difference to the I value (stiffness). Key features such as ‘dutch folds’ which are often used to locally stiffen up key areas are neglected in cheaper sections to reduce material and cut cost. It’s not only the geometry but also the coatings that are important, BS7412 states that galvanised coatings must be to Z275 specification, thinner coatings applied to cheaper reinforcing may be up to 3 times thinner. Such coatings are intended only for internal use and should not be exposed to the elements, which will be a problem if the steel is kept outside.”

Calculations provided by the systems supplier are affected too. These include Window Energy Ratings and U value calculations, and perhaps more importantly, structural, barrier loadings and wind loading calculations.

Phil continues: “Then there’s ongoing product development. Systems suppliers retain the right to alter or amend product specifications without prior notice. Non-approved third-party suppliers will not be aware/informed of ongoing R&D which may affect the fitting of reinforcement.”

Phil concludes: “Simply swapping one type of reinforcing for another cheaper option can seem like a good idea. But when an Epwin Window Systems product uses reinforcing from another supplier, it isn’t an Epwin Window Systems product any longer so it isn’t covered by our testing accreditations or warranties. You’ll need to get confirmation from us and your certification body about what additional testing may be required. The bottom line is it could be a false economy. You may find the money you save with the cheaper reinforcing is far outweighed by the additional admin and testing costs – or the reputational risk of supplying products that don’t comply with the regulations. We would urge any fabricator to think carefully before sourcing reinforcement for other suppliers.”